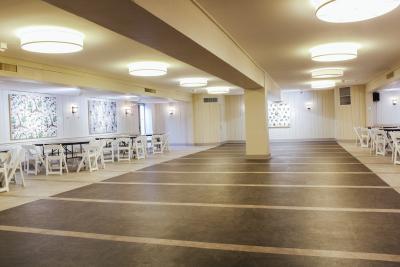 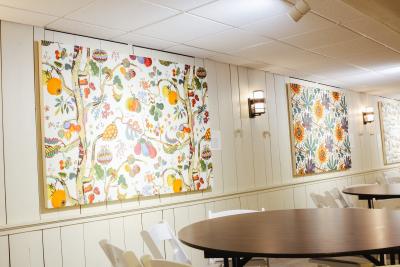 Josef Frank (1885-1967), an Austrian-born designer and architect, is a much-celebrated leading pioneer of Swedish Modern design. Frank emphasized comfort and informality, producing fanciful designs inspired by nature. His lavish use of bright, bold colors and floral patterns quickly became popular with a host of Swedish designers and clientele.

Estrid Ericson (1894-1981) established her now-famous interior design company, Svenskt Tenn, in Stockholm during the 1920s. Impressed by Frank's work, Ericson asked him to design products for her store. Frank emerged as the principal designer at Svenskt Tenn, beginning a fruitful relationship with Estrid Ericson that would last more than three decades.

After the German occupation of Denmark and Norway in 1940, Josef and his wife Anna temporarily moved from Sweden to New York City. While living in Manhattan, Frank created his most innovative and substantial set of textile designs over the course of two years (1943-44). Since they were first printed, Frank's New York designs have formed the core of Svenskt Tenn's textile offerings.

The American Swedish Historical Museum is grateful to Svenskt Tenn for donating the Josef Frank textiles currently on display.