ABOUT
The American Swedish Historical Museum welcomes all people to explore cultural identity through the story of Swedes and Scandinavians in America. The ASHM is a community dedicated to preserving and interpreting material culture and is alive with celebrations, exhibitions, and learning experiences. 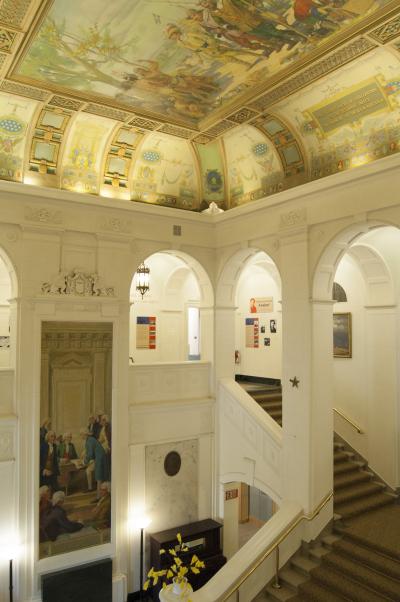 Founded in 1926, the American Swedish Historical Museum in South Philadelphia is the oldest Swedish museum in the United States. 1926 marked the 150th anniversary of the signing of the Declaration of Independence, and Americans from all backgrounds were celebrating their heritage and their contributions to the United States of America. The museum’s founder, Dr. Amandus Johnson inspired a group of committed, successful Swedish-Americans to build the Museum as a permanent monument to Swedish contributions in the United States.

The Museum is located on land that was once part of a seventeenth-century land grant from Queen Christina of Sweden to Swedish colonist, Sven Skute. The Museum’s architect, Swedish-American John Nydén, combined architectural features from three prominent edifices in his design. He modeled the main building after a seventeenth-century Swedish manor house, Eriksberg in Södermanland. The copper cupola atop the building is inspired by the one on Stockhlom’s City Hall, and the arcades which flank the Museum are patterned after those at George Washington’s home, Mount Vernon.