VISIT
Nestled in the bucolic Franklin D. Roosevelt Park in South Philadelphia, PA, the American Swedish Historical Museum was built in 1926 to celebrate Swedish heritage and culture in America. During your visit, you may step inside a 19th century farm house, take in the setting of an art deco lounge, or surround yourself with contemporary Swedish design. 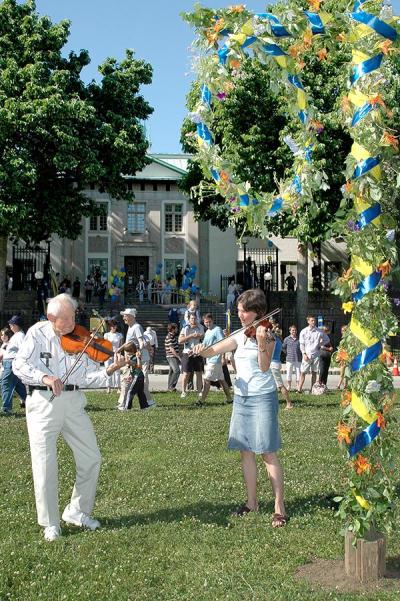 How to get here

From Rte. 76 going East (Schuylkill Expressway): Get off at the Penrose Avenue/International Airport exit (left lane exit). Go to the end of the exit road. At the traffic light, turn left onto Penrose. At first stoplight, turn right onto Pattison Avenue. The park entrance is at 20th Street. Once in the park, take the first left.

From Rte. 76 going West and the Walt Whitman Bridge: Take exit 350 to 7th Street. Follow 7th to Pattison Avenue. Turn right on Pattison, pass Citizens Bank Park on your right, and cross Broad Street. At next light ( 20th Street) turn left into FDR Park. Once in the park, take the first left.

The Museum is easily reached by the Broad Street Subway, with a five block walk from the NRG/Pattison Ave Station. The #17 bus heading to the Naval Base stops one block from the Museum building at 20th Street and Pattison Avenue. Check SEPTA’s website to obtain route and schedule information.

If you are coming from New Jersey, take the PATCO High Speedline and get off at 12th/13th and Locust Streets. Walk underground to the Broad Street Subway at Broad and Walnut Streets. Take the subway south on the Broad Street Line to the AT&T Station.