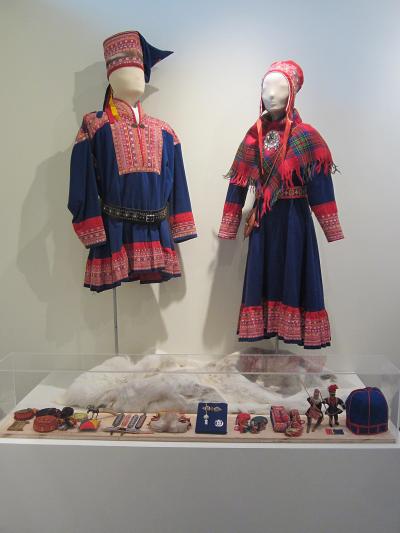 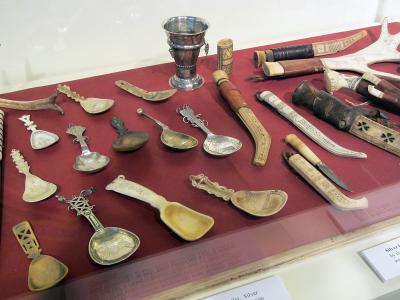 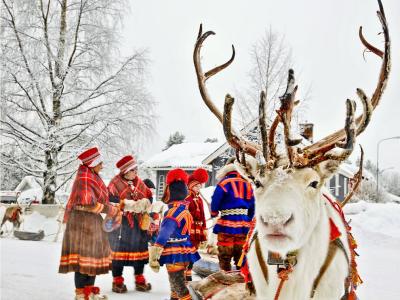 The Sami Reindeer People of Alaska

Hundreds of Sami—the indigenous peoples of northern Scandinavia—traveled 10,000 miles to Alaska in 1894 and 1898 to teach reindeer herding to Alaskan native peoples (the Yup’ik and Inupiaq). This is the story told by “The Sami Reindeer People of Alaska”, a traveling exhibit sponsored by the Sami Cultural Center of North America. If we leave it at that, one might assume that it’s a fairly simple story. We might think that the exhibit just describes a particularly epic journey from the Old World to the New, maybe even a Hollywood-worthy one. We might even think that the journeys from Norway to Alaska embodied a romanticized spirit of “Arctic cooperation” as two groups of Arctic peoples worked together to bring a sustainable reindeer population to North America.

But “The Sami Reindeer People of Alaska” is far more than a simple adventure story. This exhibit is a tale of the response to an environmental catastrophe as Russian and American trappers wiped out the game that Alaskans had long depended upon, forcing them to find other animals to domesticate. It’s a story about the plots playing out across the world’s imperial chessboard as America—in the height of extreme nationalism—attempted to consolidate control over its Alaskan frontier. And, unfortunately, it’s an all-too-familiar tale of Western colonialism as the United States, despite hiring the Sami to teach reindeer herding, betrayed the Sami by eventually banning them from herding the animals that they had brought to the continent.

Above all, this exhibition is a tale of the Sami who, with an array of their own motivations and goals, traveled by boat, train, and reindeer to Alaska despite hardship and death along the way. While the exhibition’s twenty historic photographs introduce us to these intrepid ‘Alaskan Sami’ families, historic artifacts and traditional dress more broadly illustrate the history and culture of the Sami in Europe and those who made Alaska their home. Visitors and their families can more fully explore the meaning of ‘home’ to early Sami-Americans as they walk into and explore a fully-furnished and interactive traditional lavvu tent.

Join the ASHM in its first Sami-focused exhibit in twenty years and peel apart this dramatic story of the Sami, their reindeer, and the 10,000-mile journeys while exploring the incredible history of the Sami both in Europe and North America.