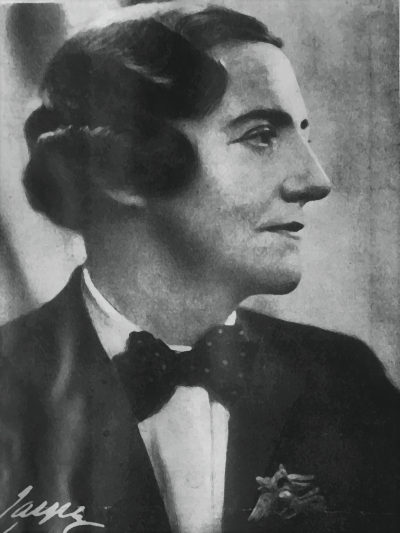 Galleries Are Open! Learn more about our COVID Safety Protocols

From the Women of Sweden

This article is an introduction to a politician, international women's rights activist, Sweden's first female archaeologist, and a great friend of the American Swedish Historical Museum. Dr. Hanna Rydh organized one of the museum’s most extensive collections—a gift of 75 textiles and other hand-crafted materials made by women in every Swedish province. Through this gift, Dr. Rydh won a place of international honor for Nordic craftswomen.

In celebration of the collection’s 80th birthday, ASHM’s fall exhibit presents the life and material legacy of Dr. Hanna Rydh through the gift presented in 1938. Of course, the objects are marvels in their own right—all celebrating the identities of Swedish provinces. But even more than highlighting regional craft, these goods are activist objects emphasizing the role of craftswomen through history and their burgeoning equality with men in Sweden and America.

“My son’s birth makes no difference!”

Hanna Rydh (1891 – 1964), born to a wealthy Stockholm family and educated at Uppsala, entered archaeology and politics just as modern women’s rights were established in Sweden. Only three years after Rydh earned her doctorate in 1919, Swedish women gained the right to vote, husbands’ guardianship over wives ended, and women won access to all professions. Rydh had already proven herself by directing prehistoric and Viking-age excavations across Sweden, but breaking into a male-dominated profession would have been impossible without such changes.

Although doors to thousands of new careers opened just as Rydh finished her doctorate in archaeology, Swedish women still faced many challenges. For example, an English scholarship hesitated to fund Rydh's projects after learning that she had given birth to a son. Rydh's response gained global attention: “My son’s birth makes no difference!”

Despite leading excavations in Sweden and India throughout her life, Rydh did not seek employment as an archaeologist. Rather, she directed her energies between the 1930s and 1950s into politics and international organizations. These efforts resulted in Rydh’s tenure as the chairperson of the Fredrika Bremer Association between 1937 and 1949, a member of parliament in 1943 and 1944, and—perhaps most famously—as president of the International Women’s Alliance from 1946 to 1952.

Dr. Rydh’s international efforts only became more pronounced during the Second World War. In addition to directing humanitarian projects such as re-housing Finnish refugee children in Sweden, Rydh also acted as a diplomat by maintaining ties with Axis-based women’s organizations. Although Sweden remained neutral, Rydh’s activities were firmly anti-Nazi. Rydh frequented the secret “Tuesday Meetings” that readied armed resistance to German occupation. Her activities did not go unnoticed. A Stockholm-based publisher sympathetic to the Third Reich—Svea Rike—included Rydh’s name in a black-book called Who is Who on the Popular Front: The Leading Anglo-Russian Propagandists in Sweden. Rydh’s anti-authoritarian activism warranted her branding as “an Anglo-Bolshevik and Feminist”.

“Her blue-gray eyes fairly snapped as she described the revival of interest in handiwork.”

Clear from Hanna Rydh’s life are her passions for both archaeology and politics. It would be easy to think that these were fascinating but ultimately unrelated pursuits. And, in many ways, they were. The 1930s were the golden age of archaeology – think of Sir Arthur Evans’ digs in Greece, Agatha Christie’s work in Iraq, and, yes, Indiana Jones’ fictional hunt for biblical treasures. Such celebrity-scholars had little need for politics. But Hanna Rydh blended her careers in a unique way that soon led to friendship with ASHM.

This underlying theme was the meaning of handicrafts for ancient and modern Nordic women. Rydh’s scholarship—particularly her excavations of prehistoric and Viking-age graves—focused on traditionally-female artifacts such as jewelry, clothing, cookware, and other domestic goods. Rydh argued that as women had always demonstrated superiority in these crafts, they had taken on active roles in their livelihood and thus had never been inferior. Today we might disagree with Rydh’s beliefs—after all, her success in archaeology showed that there are no uniquely gendered livelihoods or crafts. But Rydh knew that knowledge was the key to helping Nordic women realize their potential. Her work thus highlighted the capability of Nordic craftswomen as new career paths and civic rights opened to them.

To give visibility to these beliefs, Rydh used her political contacts to organize international gifts. As early as the 1920s, Rydh assembled these gifts "from the women of Sweden" for bazaars in London. While less extensive than the later gift to ASHM, Rydh's work in England laid the foundations for her craft and feminist diplomacy.

The 1938 Swedish-American Tercentenary provided the perfect venue to further highlight Swedish craftswomen. The timing was ideal - Scandinavian modern designs were wildly popular around the world. Both Swedish and American newspapers record that Philadelphians were ecstatic to buy Swedish goods in department stores such as Strawbridge's. But the real show was at the American Swedish Historical Museum, where the Women's Auxiliary coordinated with Rydh to exhibit these crafts from the women of Sweden. Such treasures included a coverlet from Ångermanland modeled on a royal gift, a Flemish-weave tapestry from Malmö parading birds, flowers, and deer, and a massive rug modeled from Upland modeled on a 1700s tapestry. And from Dr. Rydh's own province of Jämtland, beautiful dolls dressed in the local folk costume that Rydh herself had designed.

Explore Dr. Hanna Rydh’s life and material legacy through a selection of gifts to the American Swedish Historical Museum in the exhibit: “From the Heart, Made by Hand” on view between September 16th, 2018 and March 10th, 2019!

related exhibition
From the Heart, Made by Hand: Treasures from the Women of Sweden