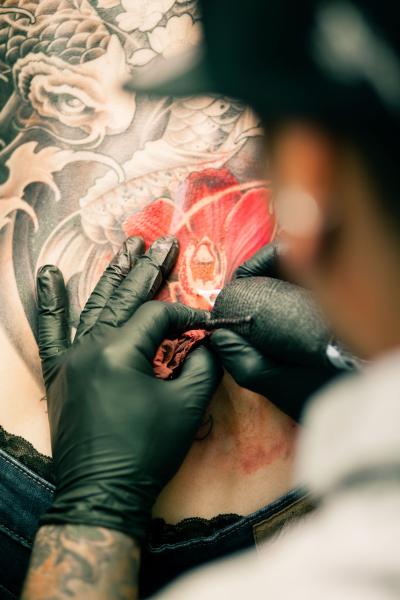 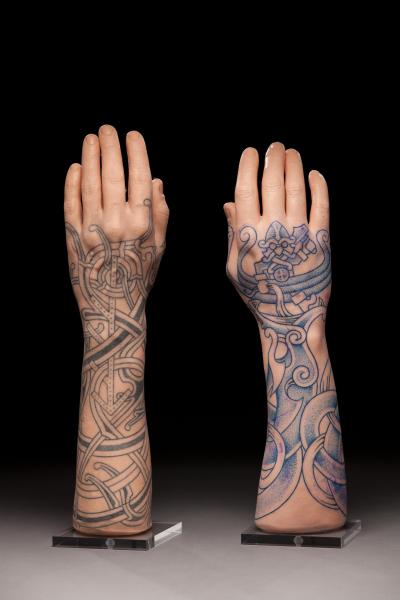 For more than 5,000 years, tattoos have helped document the history of humanity one painful mark at a time. Tattoo: Identity Through Ink tells the story of why people have adorned their bodies with tattoos, from practices in Indigenous cultures to sailors in the 19th century to motorcycle gangs in the 1960s, to athletes and celebrities today. The exhibition showcases the last 150 years of tattooing in America, from the sideshows in the early part of the 20th century to modern celebrity tattoos. Today, tattoos have never been more popular, and they are so much more than decoration. They are a powerful visual language of the skin, and, like texts, they permanently record memories, life stories, and personal achievements.

A highlight of this exhibition is the story of influential tattoo artist Amund Dietzel, a Norwegian immigrant who became one of the most important tattoo artists of his time. Dietzel, known as the “Master of Milwaukee,” rose to fame throughout America’s circuses and sideshows and would go on to open a shop in Milwaukee. At 14, Dietzel got his first tattoo to commemorate his time at sea as a sailor – an anchor on his left hand between his thumb and forefinger. This later inspired his travels around North America, where he tattooed lumberjacks, sailors, and merchant marines.

The exhibit is curated by renowned anthropologist Dr. Lars Krutak, a Research Associate at the Museum of International Folk Art in Santa Fe, New Mexico. In this exhibition, Krutak shares his ongoing journey to understand how ancient and more contemporary tattoos “make” the people who wear them.

This traveling exhibit was curated by Dr. Lars Krutak and is organized by Vesterheim, the national Norwegian-American Museum and Folk Art School and supported by funds from the John K. and Luise V. Hanson Foundation, and Jon and Mary Hart. It is made possible at ASHM by gifts from the ASHM Auxiliary, Barbro Osher Pro Suecia Foundation, Midsommarklubben, and an anonymous foundation. Funding for the American Swedish Historical Museum is supported by a grant from the Pennsylvania Historical and Museum Commission, a state agency funded by the Commonwealth of Pennsylvania.